The biggest fashion gala of the year finally arrived on the ‘First Monday of May’.
The preparations have been on its way for months and today the glitterati hit the red carpet for the unveiling of this year’s Costume Institute fashion exhibition, Manus x Machina: Fashion in an Age of Technology. It is a crossroads of sorts; wearable man-made couture and technology-based fashion. With the ongoing debate of ‘fashion is art’, this exhibition is quite a celebration of the importance of couture and the futuristic elements of fashion. As the Met Gala got on its way, the anticipation began as to how the celebrities would interpret this theme into their red carpet attire. In years past, many of the stars have failed short in accomplishing the mission of paying homage to the theme of the of the night.

Now, moving on to the red carpet’s best moments. There was a heavy metal, futuristic vibe happening without question. Many of the starlets showed up in some interpretation of a metallic gown with a very dark, bold lip. One of the wow moments of the night was when Zac Posen presented a pale blue ball gown worn by actress Claire Danes. The dress was made with a custom fiber optic woven organza that lit up in the dark. Beautifully crafted and it was a true modern day Cinderella meets technology moment. The other special moment of the night was when model Karolina Kurkova arrived in a couture Marchesa show stopper. The gown exuded an airy and light feel and with just the right amount of floral appliques. The brilliant part of this gown was that the flowers on the dress glowed as they included 150 small LED lights and changed colors in real time depending on the ‘mood of the fans on social media. This forward, well thought up concept was made by the team at Marchesa who worked with IBM Watson. This masterpiece was designed by a cognitive computer system. Talk about romantic couture meets fashion technology! These were the two moments that by far exceeded the expectations on the red carpet and will be remembered as some of the most memorable looks of the Met Gala’s history. We give you our list of best dressed including other celebrities that brought their A-game to the evening. We celebrate those ladies that took a risk and who embraced the marriage of couture and modern technology. 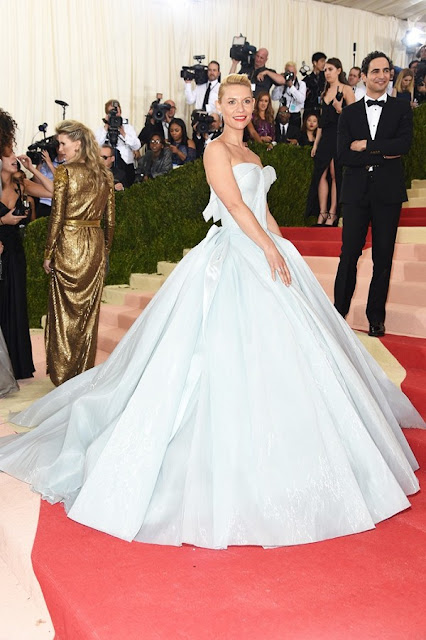