Awards season came to a culmination on Sunday night as the 88th Academy Awards celebrated one of their most controversial award shows ever. Comedian Chris Rock hosted the event and showed no restraint when addressing the #oscarssowhite subject throughout the show. He was the right man for the job as he made his points clear with his signature comedic delivery. He kept the audience entertained in what was as expected a very long-winded show. Now on to the fashion of the night! We always want and expect are favorite actresses to pull out all the stops especially with so many beautiful gowns that we’ve been following for the past months on the runway. Yet, it seemed like although there were some standout fashion moments, overall the red carpet fell a bit flat in a collective way. There were some nominated actresses who failed in our opinion such as Alicia Vikander who is the face of the fashion house, Louis Vuitton. Her hair and makeup were underwhelming and the dress just didn’t hit the mark for such a grand moment like the Oscars. Another A-list that didn’t exactly wow us was Charlize Theron. An out of this world beauty who is known for having some of the best red carpet moments in the past. This time, she wore a very simple, red, deep v-neck gown by the house of Dior. Again, she is under contract with the Dior label as is Jennifer Lawrence. Sofia Vergara wore a navy, strapless Marchesa gown that together with the darker hair and makeup just seemed to age her. Kerry Washington wore a Versace leather bodice and white gown that was all wrong for an Oscars event. So who brought their A-game and were winners at the Oscars red carpet? Here we go! 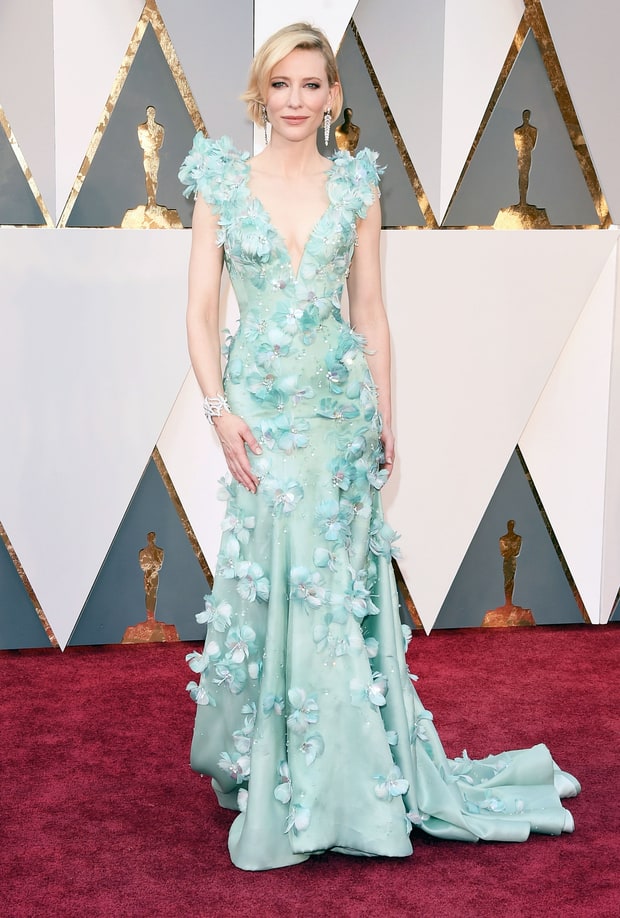 Oscar-nominated Cate Blanchett was a vision in a seafoam Armani Prive gown. The feather and floral adornments with crystals gave this dress some added texture. When the crystals hit the light on stage it was just so beautiful. The look was balanced by Tiffany & Co Blue Book jewelry. 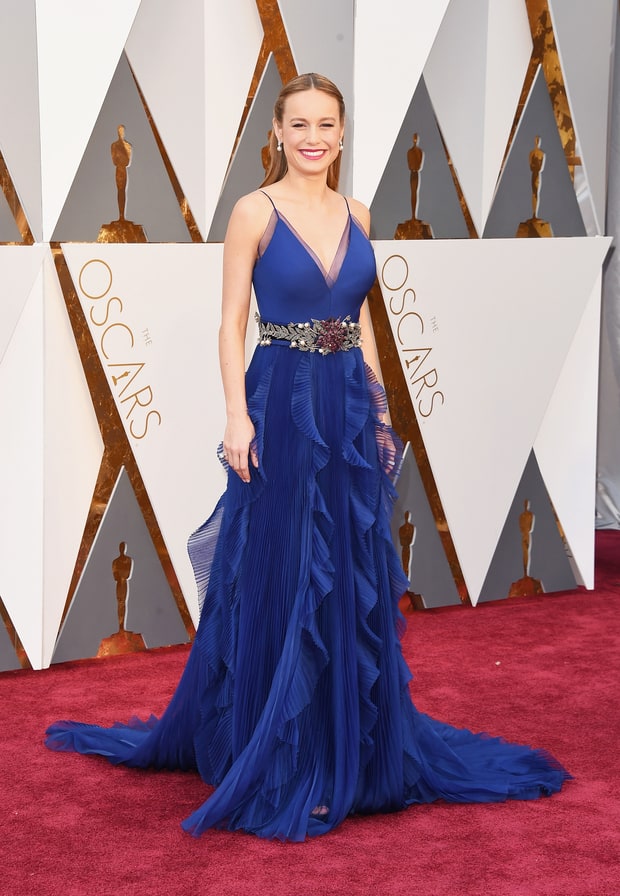 Brie Larson brought some color to the red carpet. A royal blue pleated and ruffled custom made gown by Gucci with a jewel-encrusted belt to a bit of detail to the waist. It worked, as she kept her hair and makeup simple. The dress spoke for itself. 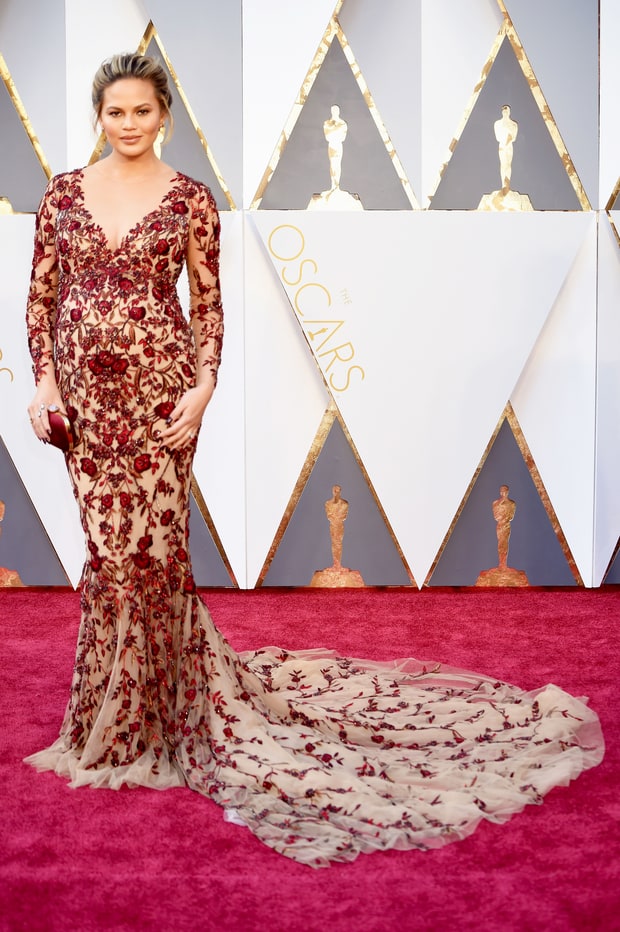 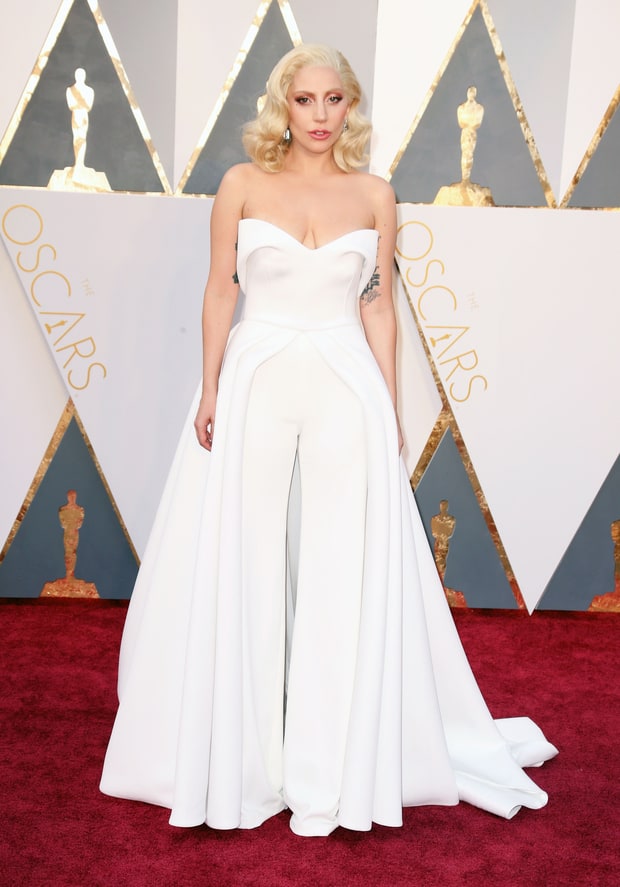 Oscar-nominated Lady Gaga definitely proved to bring some much-needed fashion risk and drama to the red carpet. White was a significant trend and she looked terrific in a white jumpsuit with a voluminous train by Brandon Maxwell. 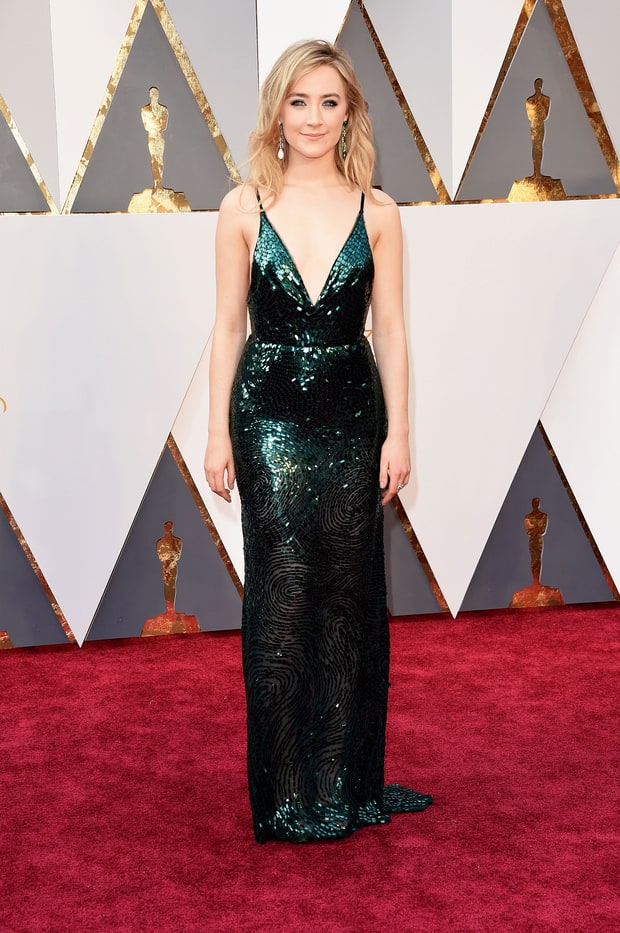 Saoirse Ronan who was also a nominee for her portrayal in the movie ‘Brooklyn’, honored her Irish heritage in this emerald, sequins, deep V-cut by Calvin Klein Collection. It was revealing in the back and front and showed a sexier side to Ronan. Keeping with the emerald theme the jewelry was by Chopard. 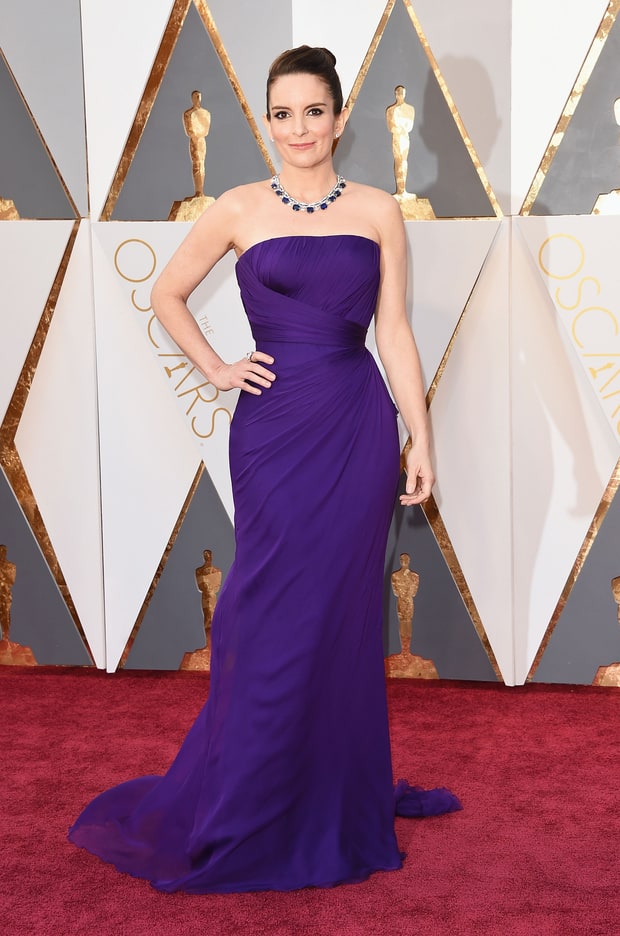 Tina Fey may have a more classic red carpet style but she knows what fits right for her body type and tailoring is always impeccable. Here in a royal purple Atelier Versace gown that was draped to perfection. The Bulgari sapphire and diamond necklace was all she needed to pull this all together. 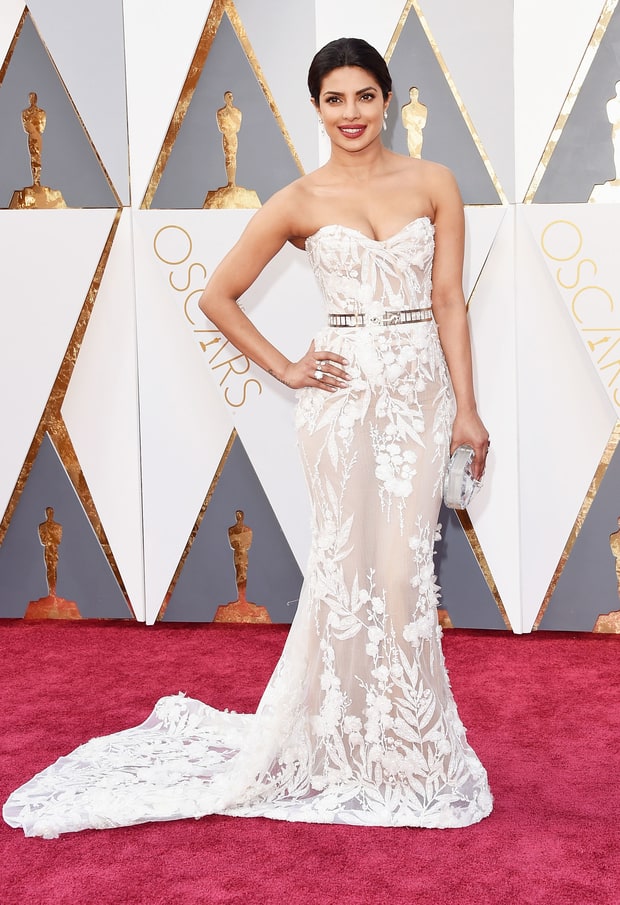 Bollywood Actress Priyanka Chopra who is also a former Miss World dazzled in a white, embellished, strapless Zuhair Murad gown. A natural beauty, her hair was sleek and pulled back as she shined in 8 million dollars worth of diamonds by Lorraine Schwartz.