One of the most glamorous nights in Hollywood arrived last night, The Oscars. The anticipation had been building for weeks with the award season in full swing. There were so many great films this year to root for but we all know the “real show” is right on the red carpet. Many were tuned in to watch the starlets arrive and more importantly to see what they were wearing. There were some really beautiful gowns that did not disappoint, but although there were some clear hits of course there were some misses last night as well. The trends varied from silver metallics, shades of blue,  sequins, pastels and creams, lace and touches of sheer.

So now its time to recap all the great moments at the Oscars red carpet and mention those that did disappoint as well. We couldn’t help but notice some of the ladies donned some fabulous hair styles so we have picked some “Best Hair” as well.

The Fanpage and Twitter were lit up last night with so many “LIKES”, tweets and comments as the live chat were in session. Thank you to everyone that was a part of it and for stopping by to give us your thoughts on your favorites and not so favorites red carpet looks. So Fashion darlings, did you tune in last night and if so what were your Hits and Misses at the Oscar Awards? Who in your book was the “Best Dressed”. If you had a choice to have a Fashion Designer dress you for an award show of this magnitude, who would YOU choose? 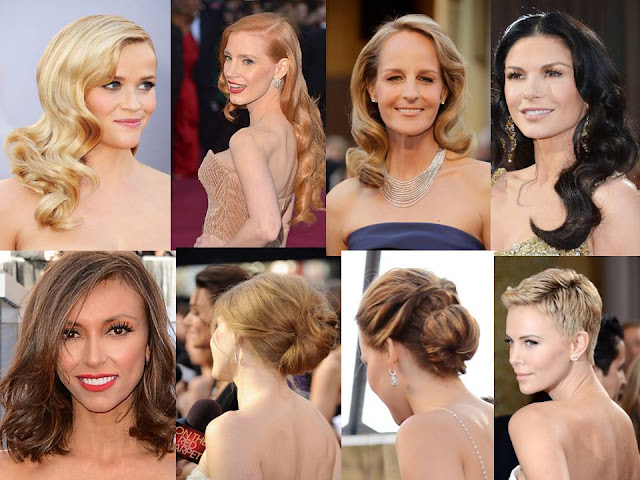